How Astro Pak Went Above and Beyond Call Tracking Tools This is the story of how WhatConverts gave a company the power of marketing clarity. It’s the story of a business that started with call tracking tools, then discovered how a total lead management system showed the company what marketing works — making sense of a chaotic marketing system.

Astro Pak is an industry leader in high purity & precision chemical cleaning and passivation. The company has over 60 years of expertise serving its customers with excellence.

Prospective customers inquiring about Astro Pak services typically get in touch via phone call. Astro Pak does have a form-fill section on it’s website, but customers need to relay technical details about their projects to Astro Pak professionals and the most efficient way to do that is to speak with a live person.

With so many calls coming in, Astro Pak needed a way to know how these customers were finding the company. Specifically, they were interested in distinguishing organic and paid search engine traffic that got in touch via phone calls.
[blog_newsletter_signup]

Astro Pak was motivated to seek out WhatConverts for call tracking tools that could track leads that came in via Google Ads, organic web traffic, and virtually any campaign they might launch in the future.

Until this point, Astro Pak had been simply asking customers over the phone how they found the company. That kind of old-school approach was inefficient and unreliable.

Finding the a Call Tracking Tool That's So Much More

Astro Pak did their due diligence in searching for call tracking tools, and found that WhatConverts offered the best combination of price, extra features and added benefits. The software proved to be the only call tracking tool that also offered a whole world of other useful marketing tools.

WhatConverts would eventually become much more than just a call tracking tool for Astro Pak — it turned into a complete lead management tool capable of capturing all the marketing information Astro Pak needed.

Astro Pak’s marketing team first had to get WhatConverts’ call tracking and lead tracking to integrate with Google Analytics in order to track Google Ads and organic search. That integration proved to be quick and easy, and showed Astro Pak  how their Google Ads were driving every type of conversions. 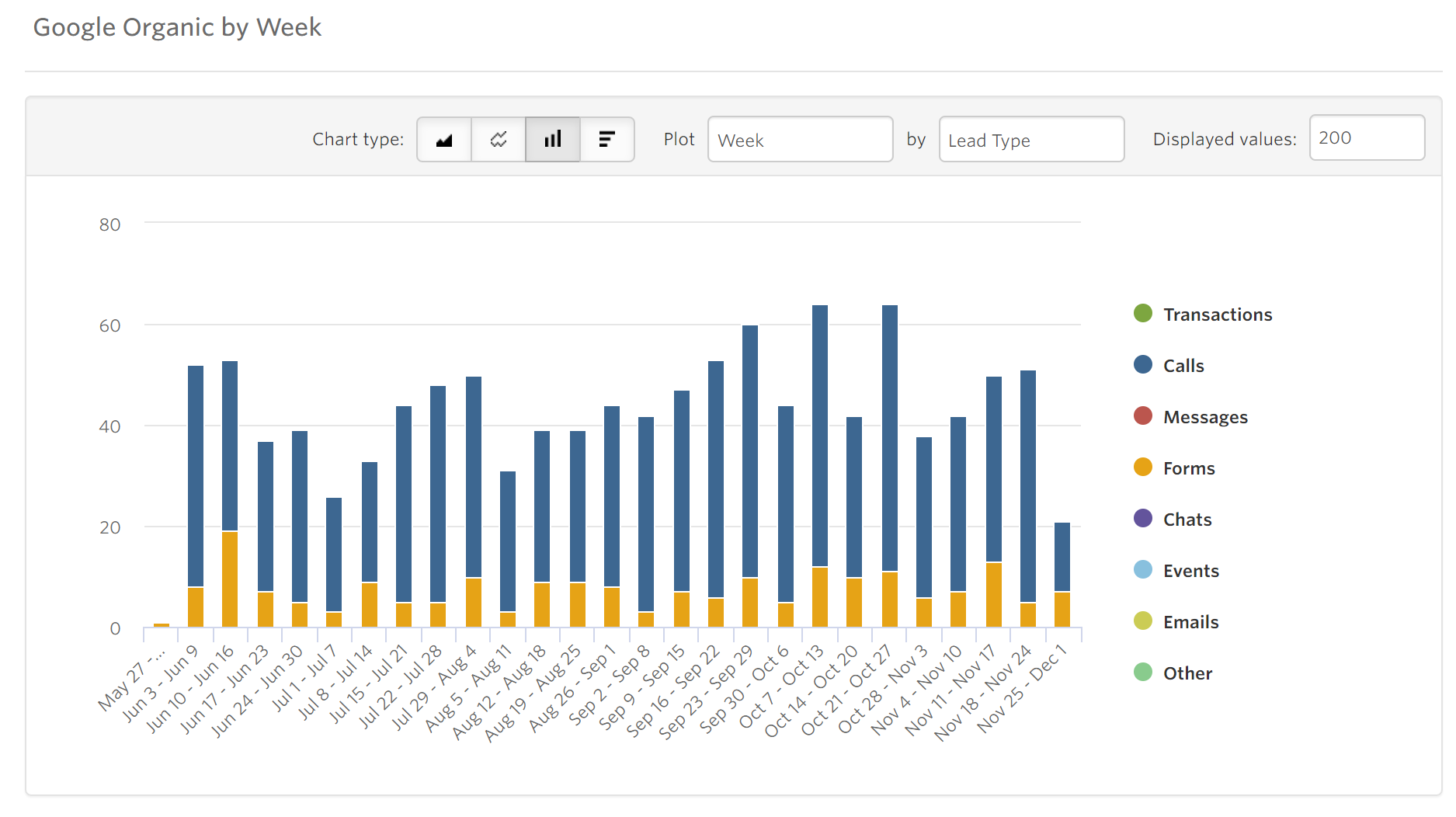 The feature that really changed things for Astro Pak, however, wasn’t call tracking. It was lead reporting, a WhatConverts tool that could quickly show the Astro Pak team which marketing sources, campaigns, and keywords were delivering qualified leads: Before WhatConverts, Astro Pak’s digital marketing team faced some serious challenges. They weren’t tracking any phone calls from their website, and as a result, had no idea which Google Ads were most effective, or whether organic search and SEO efforts were drawing in new customers.

With WhatConverts, Astro Pak now has these answers. WhatConverts has helped allowed Astro Pak quickly identify their most effective marketing channels and focus on them moving forward.

The Benefits of Getting More Marketing Tools

With WhatConverts as a part of the digital marketing operation, Astro Pak can track all their leads; a task that was previously impossible.

When Astro Pak’s marketing team first started using WhatConverts, they thought of it as a tool that would finally allow them to account for all the leads they were getting via phone call. After two years, it’s become so much more.

Here are a few of the added benefits that Astro Pak was pleasantly surprised by:

Stored Leads: Now that Astro Pak has WhatConverts, every lead is automatically stored with marketing information attached. If the team needs to dig into leads for any reason, it's all automatically stored and easily accessible. Even if someone wants to see leads from a year ago, it only takes a few seconds.

Auto-Organized Leads: Some features make a subtle impact, but an impact nonetheless. That’s the case with auto-organized leads. Astro Pak’s team doesn’t have to do anything — WhatConverts automatically organizes leads so the team can quickly pull reports on which leads came from specific keywords, or which landing page generates the most leads over a year. All that information is instantly available, always.

Lead Integration and Reporting: Reporting is easier with integrations, as Astro Pak has discovered since working with WhatConverts. It’s easy to create insightful reports when different marketing technology works together. One of the most valuable reports for Astro Pak is the WhatConverts monthly summary report, a high-level summary of leads that packs a lot of information into an easy-to-read package. Here's an example of how one report showed Astro Pak where all their leads were coming from:

Support: No matter how easy the implementation, every marketing technology service needs a strong support team. Without strong support, the software is often rendered useless. Astro Pak has been able to rely on the WhatConverts support team to be responsive, attentive and informative.

We also asked Kevin what he would say to other Digital Marketing Managers who are considering a tool like WhatConverts.

“If you are looking for a lead management tool that provides real time keyword and campaign data appended to each call received, then you have to get WhatConverts.”

For more information on Astro Pak and their services, click here.

Learn more about how WhatConverts can help your company like it helped Astro Pak. 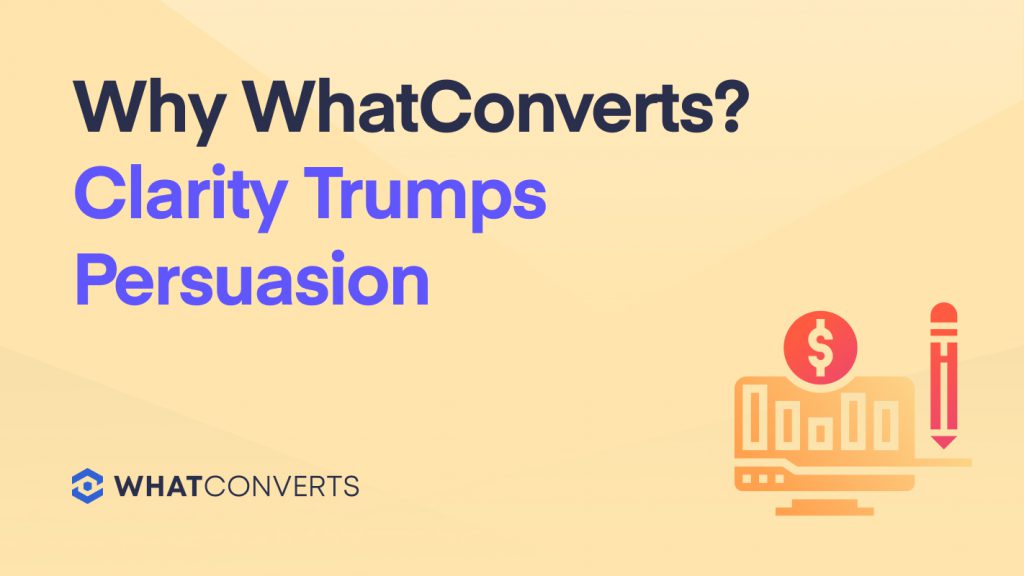 The risk to spend money is too great. With us, there's ways to be smart about it. Let us help... A case study showing the progression of proving the value through AdWords Reporting.